When people think about seeing geishas in Japan, the first thing that come to their mind is probably Kyoto (where geishas are called geikos and their apprentices maikos) with the Gion district or Pontocho. However, that does not mean you cannot be entertained by authentic geishas in other cities. In Tokyo, the main geisha area is the Kannonura street in the Asakusa district. One way to maximize your chances to see them from up close, is to find out the public events or festivals in which they participate. One of this events is Edo Nagashibina, a  ceremony during which children and their parents send into the Sumida river floating Hina dolls made with paper to dispel any potential misfortune waiting for them in the year ahead.

Again this year, 3 geishas from Asakusa were taking part in the official ceremony, and sent their own wishes into the river.

In a red kimono, we had Rei-san: 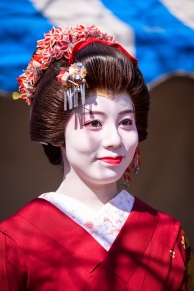 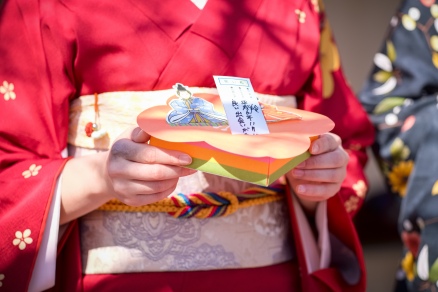 In a dark green kimono, Tsugumi-san:

And in a blue kimono, Akane-san: 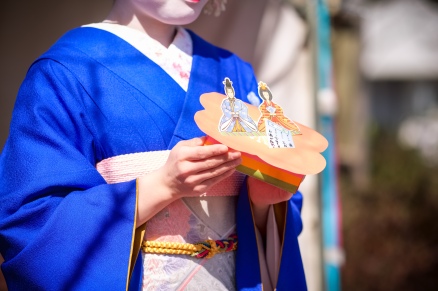 When you see geishas in the street, they are usually on their way to (or from) a work appointment, so they usually don’t have time to stop and talk to you. However, when they are on “official public duty”, they will let you take all the pictures you want as long as you don’t disturb the overall organization of the event.

Once the usual preliminary speeches are over, the geishas and the city officials joined the rest of the crowd on the Sumida river bank, where they release a flurry of balloons shaped like doves. Everyone can then let go his/her paper hina doll into the water.  Children from the Taito City “Ishihama Hachiba Children’s Center” have the extra privilege to do it from a boat especially decorated for the occasion. 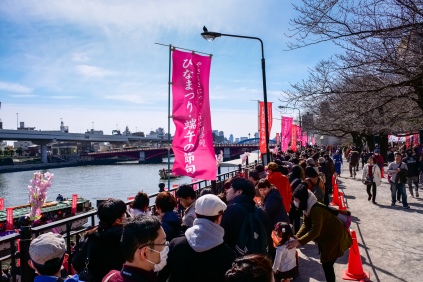 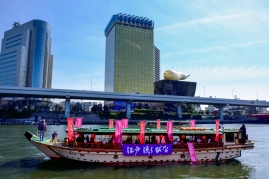 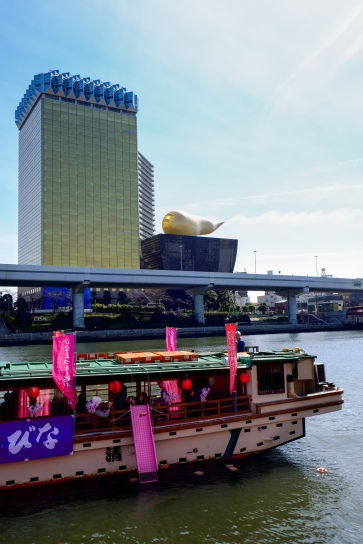 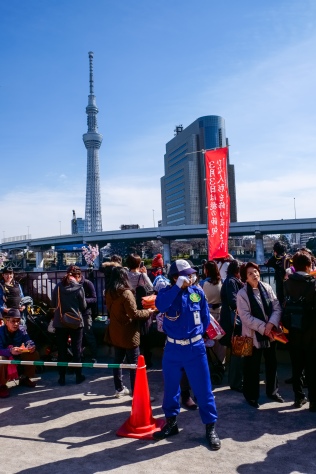 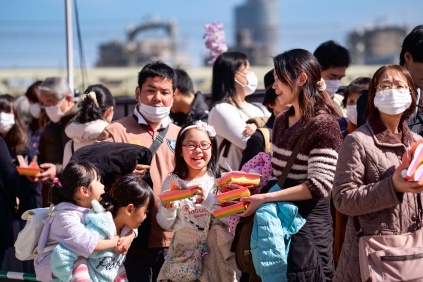 If you enjoyed this article, share the love of Japan with your friends on your favorite social networks. You can also keep in touch with me on Twitter or Instagram if you have any question.