Visiting CP+ is a little yearly tradition for me, so, while I was not overly excited by anything before going there this year, I headed to the show floor in Yokohama this week-end. It is a good way to get the pulse of the photography industry, at least as far as Japan is concerned. As 2016 is a Photokina year, most camera manufacturers have probably kept a few cards up their sleeves for later this year.

In terms of attendance, there was as usual a huge crowd of visitors. While we crawl under statistics telling us that the vast majority of photos are taken with smartphones nowadays, the general public’s interest in camera gear is still highly elevated. On the other hand, the number of babes continues to drop through the year, which is quite telling in a country like Japan… The Canon and Nikon booths were again the most popular. Canon had an original stage with gymnasts instead of regular models to test their brand new cameras. Nikon on the other hand were seeing good interest for the just announced DL cameras, as well as the D5 and D500. Elsewhere, the X-Pro2 was very popular, while to my surprise the queue for the new Olympus Pen-F was meager, though the Olympus 4/3 cameras are very popular in Japan from my experience. Sony had once again a miniature train and a popular stage with several models to test their new cameras and lenses, though I noticed that while the crowd as compressed around the models, people were mostly shooting with their own cameras while some of Sony’s demo products were left sadly untouched on the side of the table. Meanwhile, Sigma had a huge booth this year, testimony of their success with their ART series. Here is a quick gallery of the show floor:

My excitement was not very high this year for CP+, as I already had the opportunity to put my hands on all the new Fuji products at the X-Series 5th anniversary special event just a month ago. I nonetheless consider CP+ a good opportunity to take the pulse of the industry as a whole, so just like every year I headed to Yokohama for the annual gathering in Japan of the photo industry.

As usual, I headed to the Fujifilm booth first, which for whatever reason was located at a different place this year, with Panasonic taking over the traditional Fujifilm spot. Almost a third of the booth was dedicated to printing devices and the Instax family, which is one of the most popular and profitable area for Fujifilm.

In the middle, the second third was made of a stage wth a large screen for the live talk events, with probably twice as much seating benches as last year, and a small gallery of beautiful prints from X-photographers.

The last third was dedicated to testing the X-Pro2 and any XF lens, with a stage with 2 models posing. Once again, I feel like Fujifilm could easily do a better job with the lighting of the testing stage. If you let people take pictures of models with your most advanced cameras and lenses, you might as well try to do as much heavy lifting as you can to make the models look good, so that people are impressed by the test shots they take… Sony and Panasonic do a much better job at that for example.

As I said, there was no product I had not yet held in my hands at least once before. This time I was allowed to use my own memory card, but I think I jinxed it when I then continued to use the same memory card with my X-T1 for the rest of the day, so I only have JPEGs. Keep in mind that the lighting conditions was quite poor.

I also shot a short video clip for those who care about video. Look at the white background in the first few seconds 😦

There was also a small place dedicated to the new XF100-400mmF4.5-5.6 zoom lens (and the 1.4x tele-converter) which has just been released. Not much queue there, though not really surprising as such “super telephoto” zoom is not aimed at everyone, though I would have expected that more people would have queued out of sheer curiosity. I first shot with the lens mounted on my own X-T1 (which I am quite sure is using the latest public firmware), and the focus was very slow, but as soon as I switched to a demo X-T1 (with a different firmware) the auto-focus speed became completely standard. I had been told it would be the case by the Fuji representative who handed the lens to me, but I needed to test it myself 🙂

Samples without the 1.4x tele-converter:

Samples with the 1.4x teleconverter:

Finally, while there was no novelty on the show floor given the fact that all the new products had already been shown for the X-Series 5-year anniversary special event in Tokyo, there were a few new infos released behind closed door to the press, and relayed to us by Fujirumors:

Well, that’s it for Fujifilm at CP+ 2016, can’t wait for the Photokina announcements now 😉 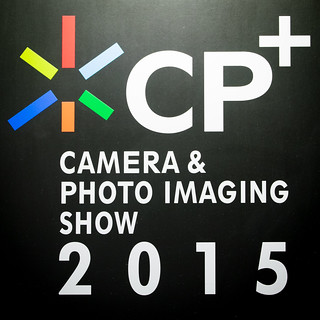 After I reported from the Fujifilm stand yesterday, here are a few non-Fujifilm related stuffs from CP+ 2015, in no particular order. 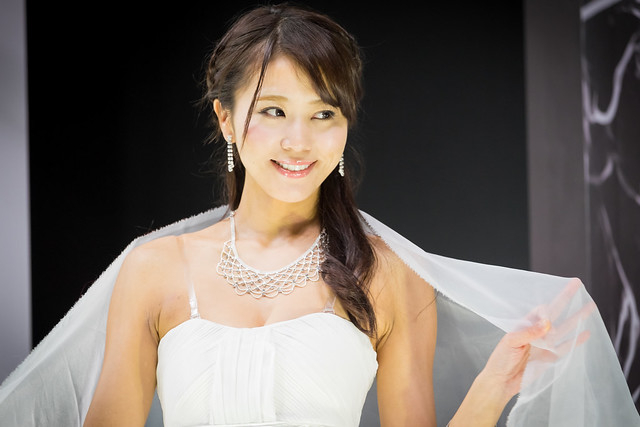 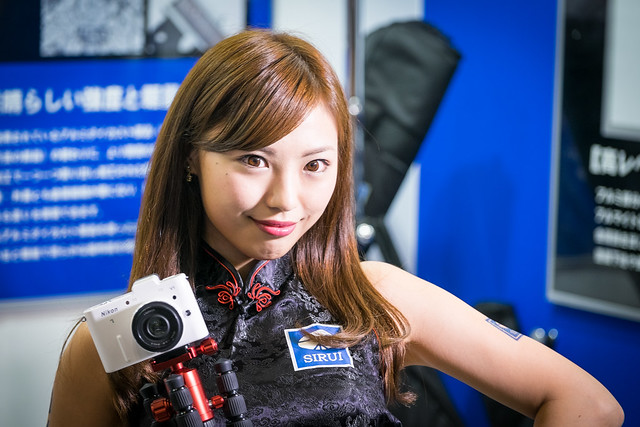 First, it felt to me as if there was less visitors than the previous years. You still had to queue to put your hands on some of the novelties recently announced, but apart from that the show floor was not overcrowded, which is a good thing for visitors but probably not a good news for exhibitors. The 3 previous days of the show might have been busier though. 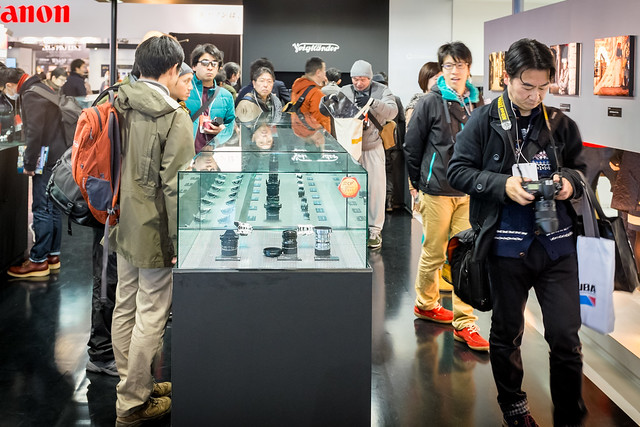 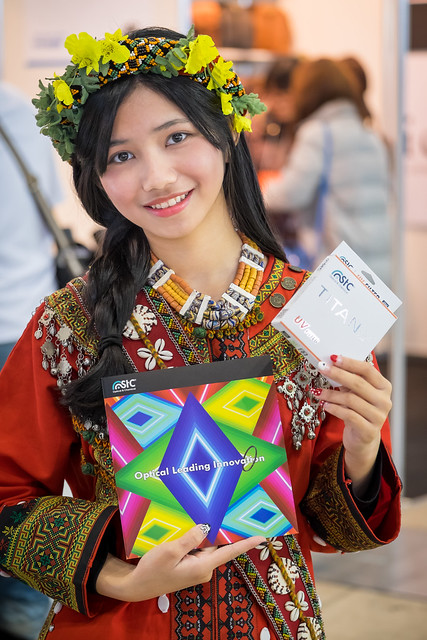 It also felt as if exhibitors dialed down the extravaganza of the show as a whole. An obvious sign of this was the sharp decrease in the number of… wait for it… booth babes. From omnipresent the previous years, they were more discreet during this 2015 edition. When you come to think of it, it might be the reason why there were less visitors… But it made for a much better experience, as you did not have to go through a hoard of veteran babes-sharpshooters to go from one end to the other (special mention to “Octopus man”, a guy I usually see at such events wearing a rig on his back with 8 rings holding a flash, making him look like Spider-Man’s Doctor Octopus…). 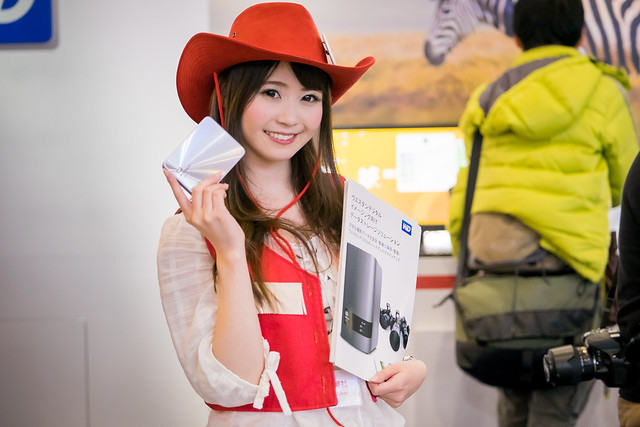 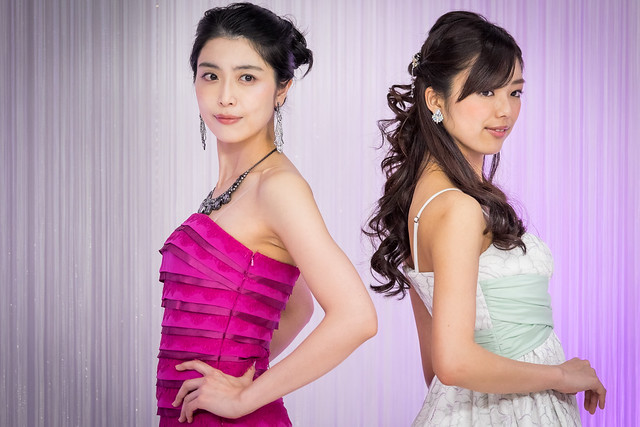 A tip of the hat to Sony, who smartly attracted a large crowd to its stand, not with a bunch of teenage models, but with a fabricated large miniature landscape, with non-other than a plastic eagle spinning at high speed above it to test the speed of your AF system. I tried my luck with the Sony A6000, and indeed the AF was really impressive, even on a fast-moving subject. I’ve gotten used to the slower AF of Fuji’s cameras, so that was quite a refresher of memory for me. Fuji needs to make a leap forward in this space if they want to keep up with the competition. 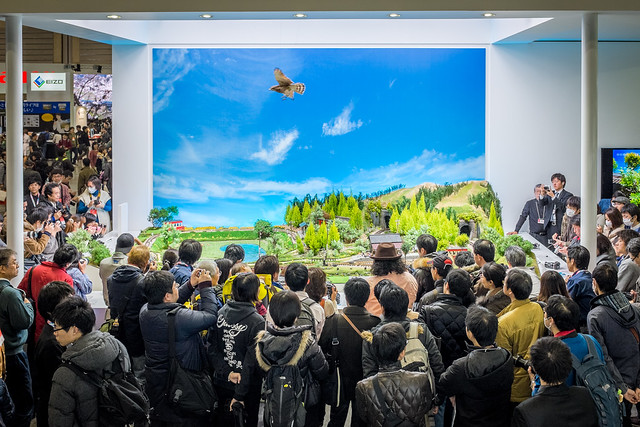 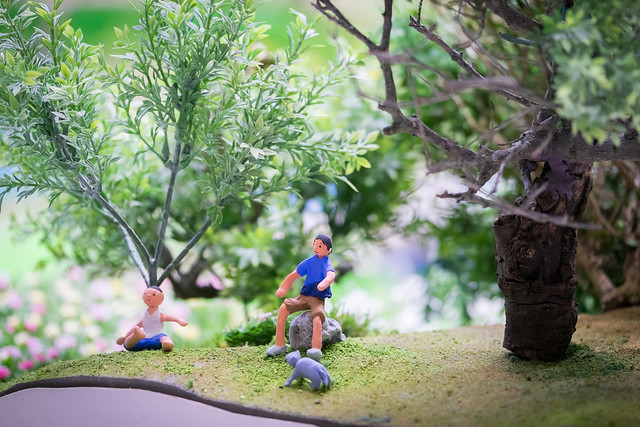 The Olympus stand is traditionally a busy one, and so it was again this year. The manufacturer was letting visitors go hands-on with several samples of the recently announced OM-D E-M5 MkII. I have to say I have always been impressed by how much technology for a relatively affordable price Olympus has been packing in its flagship Micro4/3 cameras: 5-axis in-body stabilization, fast autofocus & good image quality. The new iteration of the E-M5 takes the same recope and push it a bit further. But… You still need to jump in menus to change useful settings. And yes, you can customize a lot of buttons to reduce this, but when you are a newbie to the system (like me) or you are using a test model on a show floor (like me as well), it can drive you crazy. It’s a pity though, as once the camera is set up in the mode you want, it performs like a wonder. That’s why I still praise the X-T1, despite of its slow AF relative to peers and somewhat “old” sensor, the important settings are right there at your fingertips: it does not get in the way. 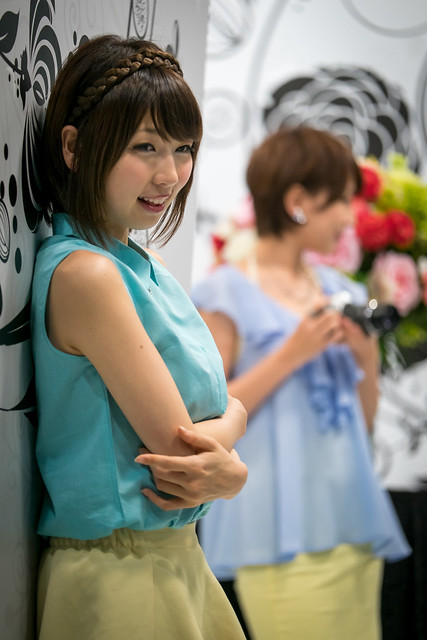 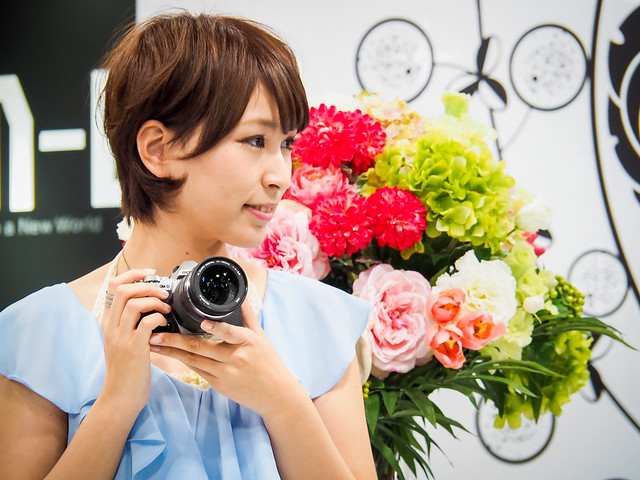 A big space of the floor was dedicated to drones, a technology that keeps trending globally as it gets more reliable and easier to use (which also brings its own problems…). Surprisingly, it did not feel to me that the local crowd was very enthusiastic about this technology, with not so many people wandering the huge DJI stand for example. 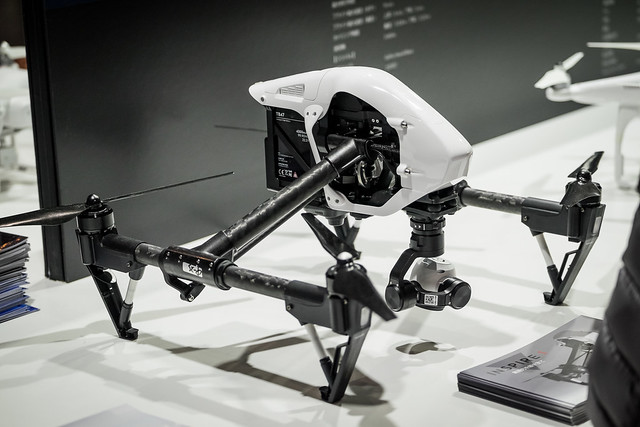 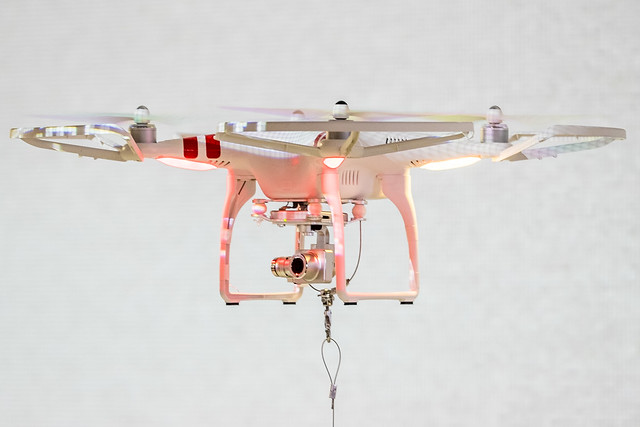 The other company that had a bigger presence than last year was Lytro, who is clearly stepping up their marketing effort to support their ILLUM camera. Not sure they met the success they were hoping for though. 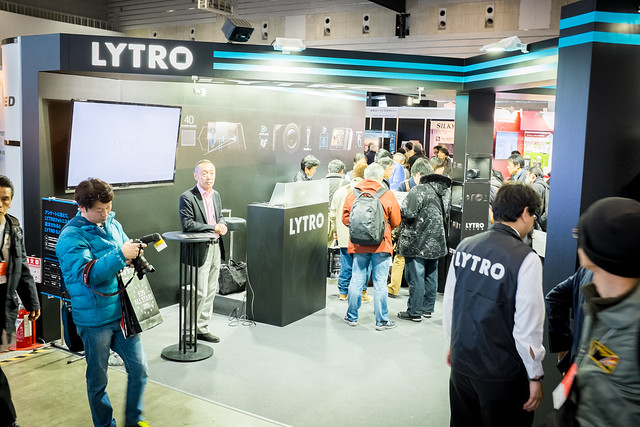 Epson was part of the companies who were somewhat less visible this year compared to previous years. They still had a huge stand, but, instead of showing off their printers, they were strongly focusing on their augmented reality “smart glasses” Moverio, which, to be frank, not many photographers care about compared to printers… 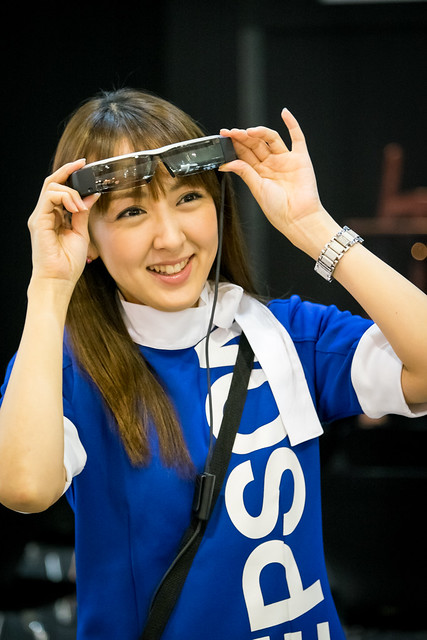 While taking the same space as usually, this CP+ 2015 somewhat felt more at human size, with much less noise/babes and more signal/informations. There is no Photokina in 2015, which means that CP+ 2016 might be a bit more exciting in terms of novelties/announcement. See you next year to confirm! 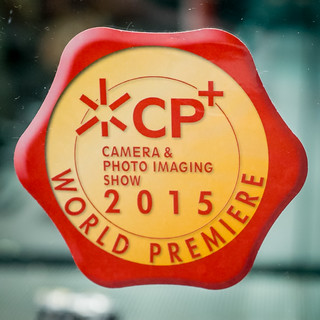